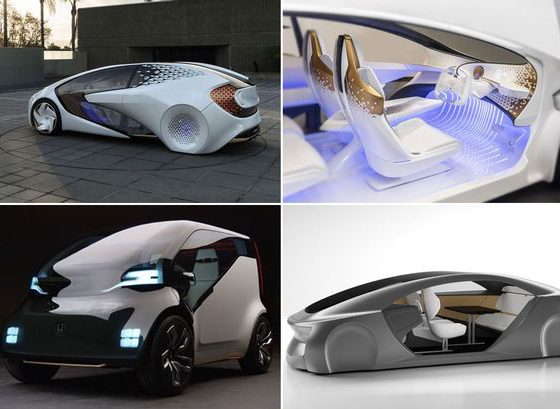 “While self-driving technology is overhyped and much further out than people believe, it does have the potential here and now, implemented in human-driven cars”

In the event that you get one of numerous new makes and models of vehicle today, you may be astounded to find that, as a standard element, it can accomplish something your past vehicle couldn’t: It will be able to assume control when it supposes you’re committing an error.

In the coming years, many cars will do more than that, even driving mostly by themselves, at least on highways. And not just luxury models such as the latest Audi A8 or Cadillac CT6, but something as mainstream as a Nissan Rogue.

Some of this technology has been in development for years, but the newest versions of it—with advanced object recognition, radar-and-laser detection and lightning-fast artificial intelligence—were created for autonomous cars. Many tech entrepreneurs have argued that fleets of robo-taxis would convince us to abandon personal car ownership in favor of “transportation as a service.” Some of them have predicted these robot cars will start populating U.S. roads within the next two years.

When car makers put these incremental tech advances in human-driven cars, they pre-empt one of the fully self-driving car’s supposed advantages: safety. These new systems marry the best machines capabilities—360-degree sensing and millisecond reflexes—with the best of the human brain, such as our ability to come up with novel solutions to unique problems.

U.S. regulators designate six levels of driving automation, from none (0) to full (5). To get so-called Level 3 autonomous driving—where humans must be in the driver seat but can take their hands off the wheel—self-driving systems have to exceed the human level of skill at driving.

“We are sentient beings, and we have the ability to reason from first principles, while AI on the other hand is not conscious, and doesn’t even understand what it means that there’s a physical world out there.”

Machines are already a huge help to drivers. Take automatic emergency braking, or AEB. That’s when your car stops itself if it detects that you’re about to hit another vehicle or other obstacle. According to new data from the Insurance Institute for Highway Safety, AEB reduces rear-end crashes by 50%, and reduces crashes with injuries by 56%. In the U.S., there were 1.7 million such rear-end crashes in 2012, resulting in 1,700 deaths and 500,000 injuries, according to the National Transportation Safety Board. Mass deployment will take many years, but the NTSB has estimated that this technology could eventually reduce fatalities and injuries from rear-end crashes by 80%.

By 2022, nearly all new vehicles in the U.S. will have at least automatic emergency braking, thanks to a voluntary commitment made by 20 auto makers, from a small but growing percentage of new cars today.

Cars are also beginning to incorporate technology developed for fully self-driving cars, such as ultra-detailed, centimeter-accurate maps of much of the U.S. highway system. Cars navigate on through these maps and the real world using a combination of GPS and other location technologies. Some of these systems, known as Level 2, are actually able to drive for a human on highways. These maps are what enable partial self-driving in the newest Nissan Rogue, Leaf and Altima models with the ProPilot Assist system, and in the new Audi A8.

These systems can drive for you but they require you to pay attention to the road, and keep your hands on the wheel. (Sometimes they even use cameras to check on you.) They’re a kind of enhanced cruise control that can steer to keep the car in the lane and maintain a safe following distance from the car ahead. Camera-based sensors can sometimes have trouble spotting poor lane markings, but systems like Cadillac’s Super Cruise use maps so detailed, they know where the lane is, regardless of whether they can sense the markings.

Augmentation is the Norm.  Yes, Autonomy is Overhyped.

For decades ahead, this fusion of human minds and machine reflexes will likely be the norm. Researchers at Cleveland State University estimate that only 10 to 30 percent of all vehicles will be fully self driving by 2030. That’s in line with predictions from others—a PwC analysis estimates that 12% of all vehicles will be fully autonomous by then. Initially, all fully self-driving vehicles will be Level 4—that is, they have to be in geographically constrained areas, and will only operate in good weather, as does Waymo’s fleet of self-driving vans that it is testing in Phoenix. Truly autonomous, aka Level 5, cars are still science fiction.

It’s also not clear whether current sensors will be enough to accomplish full autonomy. If it requires pricey laser-based sensor equipment and even transponders and sensors in the roadway, then cost will remain a significant barrier to its adoption. If car companies and their customers come to be satisfied with the safety and comfort of human-driven vehicles they might lose the impetus to invest the vast quantities required to push self-driving cars to their theoretical limits.